Our Favorite Tampa Bay Events for May

Eat, Drink, and Be Wild! ZooBrews Returns to ZooTampa Along with NEW Adventures for 2022! 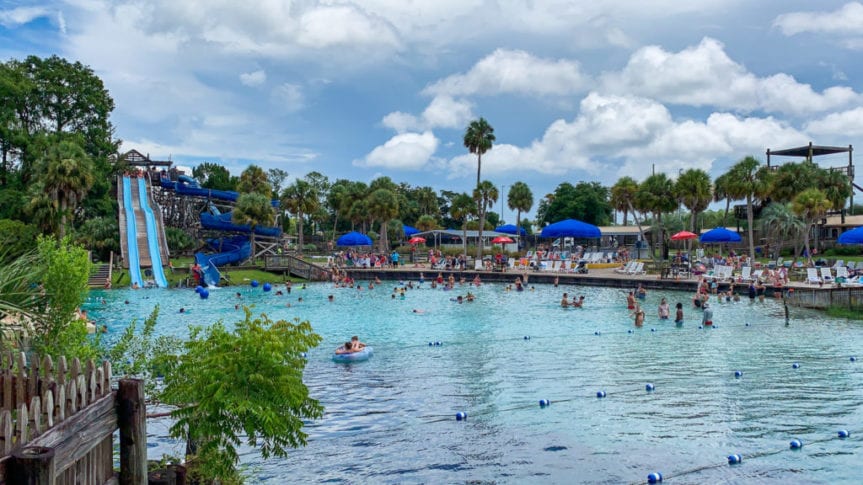 About an hour north of Tampa in Hernando County’s city of Weeki Wachee, you’ll find a little nostalgic Florida gem, Weeki Wachee Springs State Park and Buccaneer Bay Water Park, a quintessential Old Florida site. As Florida’s one and only spring-fed water park, this would make for a perfect summer day trip!  And it’s particularly exciting for mermaid enthusiasts of all ages!

Weeki Wachee Springs park is actually one of the deepest freshwater cave system in the United States, featuring naturally-formed underwater caverns so deep, the bottom has never been found!

Weeki Wachee Springs is a first-magnitude spring, with an average discharge of 172 cubic feet per second.  In fact, most of the pristine Weeki Wachee river’s flow starts with this first-magnitude spring. That’s 111 millions of gallons of water per day! Several smaller springs also add to the river’s flow.  Lots of numbers right – cubic feet per second, millions of gallons of water, blah blah blah – so let’s translate.  That much massively powerful water flow means that all – one hundred percent – all of the river’s water is totally and completely replaced every sixty minutes!  With such an incredible flow of crystal clear water, it’s no wonder the river is so amazingly clear.

Plus the upper section of Weeki Wachee springs and river has avoided the man-made development problems that have spoiled so many other natural gems – no man-made structures, just magnificent trees and natural surroundings.  And because so much of the river’s bottom is white sand, it looks even more clear and clean.

Weeki Wachee Springs State Park and Buccaneer Bay is a fun spot to discover and enjoy one of Florida’s crystal clear enchanted springs. There’s so much to do at Weeki Wachee, including catching one of Weeki Wachee’s iconic mermaids at a mermaid show, but the fun doesn’t stop there.

How’s 75 years sound?  That’s about how long visitors have been coming to visit these famous pristine waters.  Beginning around 1947, the dazzling waters and underwater ballet of pretty girls dressed as mermaids has attracted thousands of travelers annually.

The beautiful mermaids perform to musical numbers underwater, even eating and drinking!  They even perform their version of the classic Hans Christian Andersen masterpiece, The Little Mermaid  live in the specially designed 400-seat submerged auditorium.  This performance of the classic story isn’t just a copy of the animated film – it’s told unlike any other version as the Little Mermaid celebrates her birthday and comes face to face with her prince!  Yearning to have legs like him, she makes a deal with the sea witch to give her what she wants in exchange for her beautiful voice.  As the prince struggles to save the Little Mermaid’s beautiful voice, a fierce battle ensues between him and the evil sea witch. The prince prevails, proving that “love conquers all.”

Inside Weeki Wachee Springs State Park is Buccaneer Bay, a splishy splashy family fun water park.  Buccaneer Bay features 2 tremendous water slides, a sandy white beach, crystal clear springs water that makes the ideal spot for swimming and snorkeling, and a naturally flowing lazy river that flows around the whole swimming area.  You can swim, float, snorkel and even slide directly into the spring. The Cannonball and Pirates Revenge waterslides let you feel the rush of excitement as you slide down them again and again. And it’s kid-friendly, too, with lifeguards everywhere and a special pool for younger kids.  The waterslides do have a height requirement of at least 42 inches for one and 48 inches for the other, so a quick height check would be a good idea before planning the visit.

If tubing down a natural lazy river or paddling adventure along the chilly spring waters is more your speed, you can do that too! Tubes are available for an additional fee to relax and float down the lazy river of Weeki Wachee Preserve. We spotted turtles and fish swimming along beside us while we floated in our tubes.

Once you’ve played in the spring water, you can break for lunch! Couples can bring a cooler with packed lunches or enjoy one of the four dining options at the park. Our family enjoyed grab and go options from Pirate’s Grubb and ate on one of the many picnic tables near the beach area.

After lunch and when you’ve warmed up from the cool spring water, reserve tickets ahead of time to watch one of the live mermaid shows at the park with Weeki Wachee’s iconic mermaids. The magical allure of the mermaids is an iconic part of Weeki Wachee history. NOTE: Mermaid shows are temporarily on hold. Check here for the latest updates.

Additional activities like kayaking or paddling are available, but require reservations in advance. Rentals are available through Weeki Fresh Water Adventures.

Tips for planning your day trip to Weeki Wachee Springs:

Plan to arrive early, as in before the park opens. The park reaches capacity early in the day and once it does, they do not sell additional tickets for the day.

Tubes are available for rent for the lazy river, so you aren’t allowed to bring your own floats.

Bring your snacks! Food is permitted at the park, but not in the theater during any of the live mermaid shows.

How much does Weeki Wachee Cost?

One of the most asked questions is, how much does Weeki Wachee cost?  Cost to enter Weeki Wachee state park are $13 for adults and $8 for children ages 6 to 12. Ages five and under admitted free.