Things to Do in Tampa Clearwater & St. Pete in February 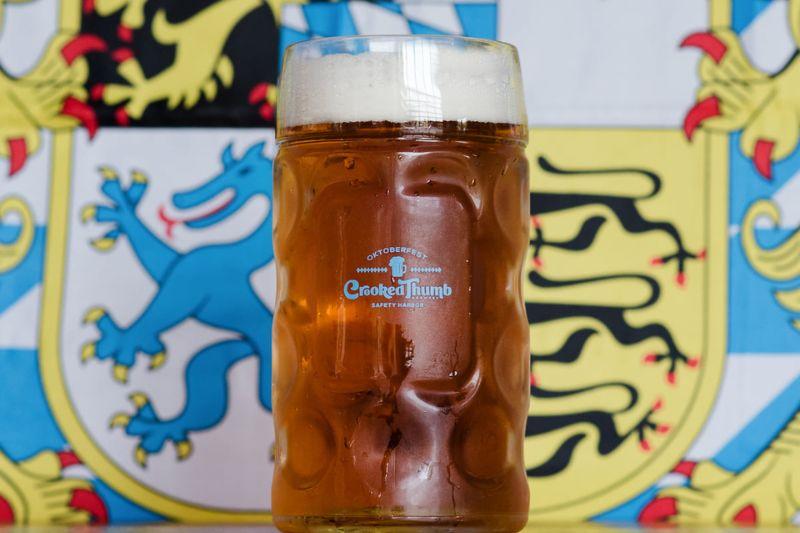 Time to don your lederhosen, dust off your bier steins and practice your German because Oktoberfest season is officially here. If you can’t make it all the way to Munich to celebrate the real Oktoberfest, there are plenty of events around town to make up for it. So, fill your stein and say “prost!” (that’s “cheers” in German) as we’ve rounded up a guide to Oktoberfest events in and around the Tampa Bay area. Be sure to keep checking back as new events are added!

Oktoberfest Events in Tampa and Hillsborough

Friday, September 16-Saturday, September 17
World of Beer Tampa International
Dust off your lederhosen and get ready to celebrate like a Bavarian! Enjoy Bavarian cuisine, test your strength in a stein-hoisting competition, design your own jewelry at the pretzel necklace station, and drink plenty of beer!

Saturday, September 17 from 11am-12am
Coppertail Brewing Co., Tampa
Head to Coppertail for their annual Oktoberfest celebration! There will be German brews, games, and food. Half-liter steins will be available for purchase along with specialty priced pours.

Saturday, September 17 at 12pm
Bootleggers Brewing Company, Tampa
Come out for the biggest event of the year! There will be live music, food, games, and of course, beer. The party kicks off September 17th and will continue all month long!

Saturday, September 24 from 6pm-11pm
Downtown Plant City
Enjoy a traditional Oktoberfest with a few signature touches during Plant City’s very first Oktoberfest! There will be live music, a biergarten, delicious German food, exhibitors, axe-throwing, a people’s choice brat competition, and more! You can even snag a limited-edition collection stein.

Friday, September 30 at 7pm
Salty Shamrock, Apollo Beach
Celebrate Oktoberfest at Salty’s! There will be tons of German food specials and German beers to try. There will also be a beer stein holding competition – the winners will receive $100 for first place and $50 for second. Enjoy live music and dancing until 11pm!

Saturday, October 1 at 10am
World of Beer Westchase
Come out to Westchase for German beers, brats, and pretzels! Participate in the WOB Beer Games from 10am-12pm (email [email protected] to register), enjoy live music by Good Luck Kings starting at 2pm and Tyler Dusek at 8pm.

Saturday and Sunday, October 8-9 from 1pm-7pm (originally scheduled for 10/1-2)
Tampa Bay Brewing Company, Westchase
Head to TBBC Westchase for a celebration of beer, food, and music! There will also be a competition to find out who deserves the title of TBBC Oktoberfest Champion. Enjoy exclusive tappings of traditional German-style beers, traditional German food with a Florida twist, stein-holding competitions, and axe-throwing by Stumpy’s Hatchet House. There will also be a best-dressed competition, so get that lederhosen ready!

Wednesday, October 19-Sunday, October 23 from 3pm-9pm
Six Ten Brewing Company, Tampa
Dig out those lederhosen and dirndls and get ready to break out into German drinking songs! There will be tons of German style beer and German food to celebrate.

Friday – Sunday, October 21-23
Starkey Market, New Port Richey
Tis the season to Wiesn! Bring the whole family to celebrate Oktoberfest at this 3-day event! There will be live music, entertainment, and games along with competitions such as keg throwing, stein holding, and brat-eating. Their barn will be open and serving up a wide selection of Oktoberfest style beers and the Kielbasa bus will be on-site along with plenty of traditional German food!

Saturday, September 17 at 12pm
St. Pete Brewing Company
Head to St. Pete for their annual Oktoberfest! They’ll have German-inspired food from their brand-new kitchen, German music, and of course, beer!

Saturday, September 17 from 12pm-5pm
Green Bench Brewing, St. Pete
Green Bench is hosting their very first Oktoberfest! No better time than the exact day the festivities kick off in Munich! The team will tap the Oktoberfest Tampa Dunkel keg at 1:00. Tickets are $45 and include two firkin tappings with commemorative steins, German-style cuisine by Dusty’s Hot Stuff, and live entertainment by the Apple Strudel Oktoberfest Band. There will also be games, prizes, and a beer garden.

Friday and Saturday, September 23-24 from 5pm-10pm
Crooked Thumb Brewery, Safety Harbor
Hang out under the Biergarten tent for Crooked Thumb’s annual celebration of German-style beer with live music, great food, and stein hoisting! There will be a release of six new beers including collaborations with Green Bench, Gulfport Brewery and Barriehaus Co.

September 30-October 2
Pinellas Ale Works, St. Pete
Head to St. Pete for a weekend long celebration with German beers served in liter pints and boots! They will also be releasing their seasonal Pumpkin Oktoberfest beer. On Saturday, October 1st, join them in the beer garden from 6-6:30 to test your strength in the stein hoisting contest.

Saturday, October 15 at 1pm
The bier boutique St. Pete
Celebrate Oktoberfest with delicious German beers from across the pond and local breweries, authentic German food and a championship of games! One of the highlights of the day will be the Beer Olympics! Pay $50 in advance or $60 the day-of for teams of 4. The fees get your team entrance to the Olympics plus a stein filled with your favorite German beer. There will also be prizes for team names and costumes. Beer Olympics events include Liter Stein Holding Contest, Crazy Straw Contest, and a few other surprises. 100% of the registration fees goes to Habitat for Humanity Pinellas & Pasco County plus 30% of the sales of all German beers.

Saturday, October 22 from 2pm-6pm
Innisbrook Resort, Palm Harbor
Celebrate with a variety of breweries, a DJ, exciting contests, kids zone, and German food on the back lawn of the Loch Ness. This event is open to members, guests, and locals.