The wait is over, theater lovers! The Straz Center has finally released their 2019-2020 Broadway Series Lineup of their Bank of America Broadway at the Straz Series! This season, in addition to their regular nine-show Broadway series, The Straz will be presenting Jesus Christ Superstar and The SpongeBob Musical!

Be sure to grab your tickets for the 2019-2020 Broadway Series including:

Grab your golden ticket and enjoy Ronald Dahl’s incredible story. The show will feature songs from the film such as “Pure Imagination”, “The Candy Man”, and “I’ve Got a Golden Ticket” plus brand new songs written by greats who also write Hairspray! Join Willy Wonka as he opens his mysterious chocolate factory to a few lucky winners, including Charlie Bucket. Follow Charlie as his dreary world is engulfed in color, candy, and Willy Wonka!

Fiddler on the Roof

Don’t miss out on a classic Broadway tale of tradition, family, music, and faith. Take part in the Tony-winning musical with a twist as it’s been refreshed and renewed for touring. Feel nostalgic with Fiddler classics such as “Tradition”, “If I Were a Rich Man”, “Sunrise, Sunset”, “Matchmaker, Matchmaker” and more!

Once on This Island

Be a part of the musical revival of 2018 with Once on This Island! The Tony-winning revival follows the tale of Ti Moune, a poor girl trying to find herself and where she fits in with the world. Relate to her willing soul as she risks all for love with guidance by the powerful gods of the island. Follow her journey as she tried to reconnect with the man who once stole her heart.

You’ve seen the movie, you’ve heard the music, now take your experience to the stage! A timeless classic, Aladdin has been captivating hearts and bonding people for years since its inception. Encounter the Genie, Aladdin, Jasmine, and Abu as they embark on a magic carpet ride right before your very eyes!

Mean Girls is coming to The Straz? That is so fetch! Check out one of the most popular shows of the past Broadway season right here at The Straz. Join the characters that you know and love from the film such as Cady Heron, Regina George, and her army of “plastics” as they embark on a tale full of comedy, drama, and high school insanity!

Bring your tissues because this Broadway revival will tug at all of the heartstrings! From the creators of classics such as Les Miserables, Miss Saigon tells the tale of a Vietnamese woman named Kim living in a war-torn country. Follow her journey and trials as she falls in love with an American named Chris. With the fall of Saigon, Kim and Chris must face heartbreak and survival with the added catalyst: their new son, whom Chris has no idea exists.

Meet Donna Summer, a city girl from Boston with a powerhouse voice like no other. Join her on a journey from gospel to diva and how she broke barriers to eventually become a world famous icon and musical inspiration. Enjoy hits such as “Love to Love You Baby”, “Bad Girls”, and “Hot Stuff”.

Deemed “a sumptuous new production of the most perfect musical of all time” (Entertainment Weekly), My Fair Lady’s touring revival will blow your mind! Feel reminiscent with this timeless classic as you appreciate all that theater is supposed to be with the classics you know and love alongside Eliza Doolittle. Experience her journey as she faces Henry Higgins and his idealistic views on what makes a lady “proper”. You won’t want to miss this show!

More coming to The Straz this Season:

Check out this gothic romance alongside incredible characters and delightful comedy! Enter into a creepy mansion and follow alongside a young heroine and her handsome English friend and be prepared to laugh!

Additions to the nine-show Broadway Series

Experience the phenomena that is Jesus Christ Superstar! To celebrate it’s 50th Anniversary, the show will travel North America with award-winning dance, stage, and music! Enjoy Andrew Lloyd Webber and Tim Rice’s musical masterpiece as you follow Jesus during the final weeks of his life through the eyes of Judas.

Take your favorite childhood cartoon and your love for Broadway and experience The SpongeBob Musical! As an original, Grammy and Tony-winning show, The SpongeBob Musical is bold and showcases the best creative minds that Broadway has to offer as your favorite friends are reimagined and brought to life on the stage. Experience catastrophe alongside SpongeBob and his friends as Bikini Bottom faces peril. Find out who saves the day in this colorful show!

Whether you’re a Broadway expert or novice, this new season has something for everyone! Make it a date night out or bring the kids and let them relish in your nostalgia with hits such as Fiddler on the Roof, Miss Saigon, or My Fair Lady. OR, try something new with hits such as Mean Girls, The SpongeBob Musical

For more local fun check out A Date to Busch Gardens Food and Wine Festival and Virtual Reality is the New Reality at iFly. 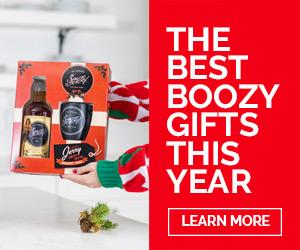